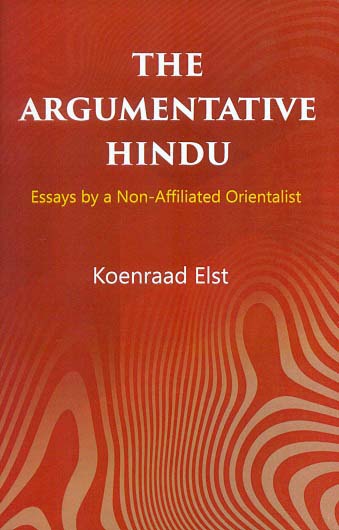 The argumentative Hindu: essays by a non-affiliated orientalist

The book is the person who rejects the imposed secularist consensus. The author, indus to their mistakes as well as to their potential. Dr. Koenraad Elst, is a non-affiliated Orientalist who sympathizes with this Hindu dissenter. But he also made himself some enemies, not only among the secularists but also among the very Hindus whose cause he champions. In this book, he defends himself against their criticism and, more importantly, the late mentors from whom he got his view of Hinduism and of the challenges to its survival: Ram Swarup and Sita Ram Goel. He also makes some new suggestions to his Hindu friends, on how to be more effective and how to remedy existing errors. Today, illiteracy about Hinduism among Hindus, the limitation of their knowledge to a very small part of their heritage, is the most consequential weakness in the struggle for survival. Stunted ideological development and an anachronistic worldview are serious obstacles to be tackled if ever a genuine reaffirmation of Hindu civilization is to win through. This book is a collection of papers written in the last few years, to wake up the Hindus to their mistakes as well as to their potential. Koenraad Elst (Leuven 1959) grew up in a Catholic Flemish family in Belgium. He gave his early interests in Asian traditions a stronger foundation by earning MA degrees at the Catholic University of Leuven (KUL) in Sinology, Indology and Philosophy. During a research stay at the Banaras Hindu University, he discovered how misunderstood India's religio-political problems are. Without the benefit of any institutional support, and while raising a family of four, he did original fieldwork for a dissertation on Hindu nationalism and earned his doctorate magna cum laude at the KUL in 1998. His work in political journalism and in fundamental research, laid down in over twenty books and numerous articles, earned him both applause and ostracism. Especially noteworthy are his non-conformistic findings on Islam, multiculturalism and the secular state, the origins of Indo-European, the temple/mosque controversy in Ayodhya, the affinity and hostility between religion and totalitarianism, the alleged dark side of Buddhism, the post-Maoist revival of Confucius, various language policy issues, the institutional future of Belgium, direct democracy and the defence of threatened freedoms.;


We undertake to publish high quality research works on Buddhism and Hinduism from scholars around the world. We have been publishing the books under the renowned Satapitaka Series Read More...